Waking Chance has always been a bit like waking the dead.  That kid can sleep through anything. A couple of year ago we tried a shaker alarm.  It didn't work.  He tried a deaf friend's shaking alarm clock and it didn't do the job. Chance could sleep through it.

I was at a the National Early Hearing Detection and Intervention Conference (EHDI) and came across this little beauty.... 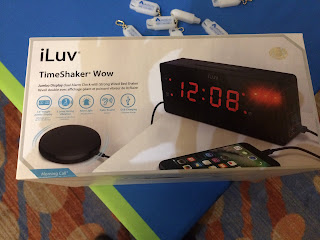 Well friends, we may have found a product that works in waking the dead.......in other words Chance.
Chance tried it the first night and we all waited in anticipation to see if this little Timeshaker Wow had the power to get the job done.

Chance slept through it.

BUT the reason he slept through it, is because the little round part that goes under his pillow and does the shaking, is wireless and Chance didn't charge it long enough at first. So it didn't have a big enough charge to last through the entire night.

When the little shaker had been properly charged and the alarm level had been tuned onto earthquake level shaking,  it did indeed wake Chance up.

It was an exciting day that Chance will always remember.  He says he now understands why people want to push the snooze button as it is annoying to have something wake you up that you can't escape from.

For years while most of the rest of us have been shaking our fists at the annoying sound of an alarm every morning, Chance has been missing out on that daily ritual. He can't escape it anymore.

The alarm is literally set at the "earthquake" level.......the highest one. This seems to be the level that is best for Chance.

Chance and one of his good friends did a road trip to check out a college they are interested in attending. The college arranged for them to spend two nights in the dorms and attend some classes.

Chance's friend is sold and plans to attend the school in the fall. Chance is still in the decision making process. He has a few schools to choose from.

Chance and his friend attended classes, cooked for themselves and played soccer. I am sure they also stayed within the speed limit each time they drove, including on the road trip to and from the school.

Chance's high school gives the seniors one excused absence for checking out colleges. Regardless of whether Chane ends up attending the school or not,  he says the experience was a good one. His friend of course thinks it would be fabulous if they both ended up attending the school together.  The boys could be roomies and embark on college life together. Chance thinks it would be fabulous as well, but it will depend on money.  Chance is waiting to see if there will be a scholarship offered.

Meanwhile, whatever he ends up choosing, Chance is excited for his future. He plans to work during the summer to put away some cash in his bank account.  College students can always use a bit of cash.

Having deaf children around the house sometimes makes for humorous situations. Yesterday, as we were cleaning the house, Chance' s brother was going through a pile of papers.

As he was sifting through the papers, Chance's brother found two mailing envelopes he had bought at the post office so he could send t-shirts through the mail and figure out which one had cheaper postage and offered the best protection for the contents inside.

"These are mine," he said lifting the envelopes out of the pile. "I bought two envelopes to test."

Chance stopped what he was doing across the room and said, 'WHAT?"

"I bought two envelopes to test." His brother repeated holding them up for Chance to see.

" I thought you said, "I bought a pregnancy test!" Chance said as he started to laugh.

I do believe that this situation will be one that the family laughs about for years to come. Chance helped bring humor to the rather boring task of going through papers. 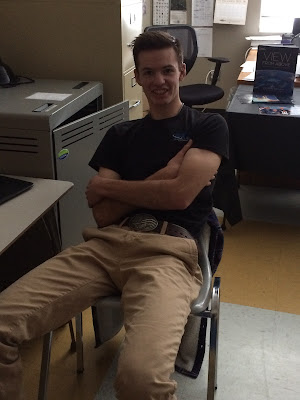 The cabin where Chance cooked, skied and went sledding

Our family headed up for a cabin vacation last week. It was truly lovely. Chance was in his element being out in nature and being able to spend lots of time outdoors. 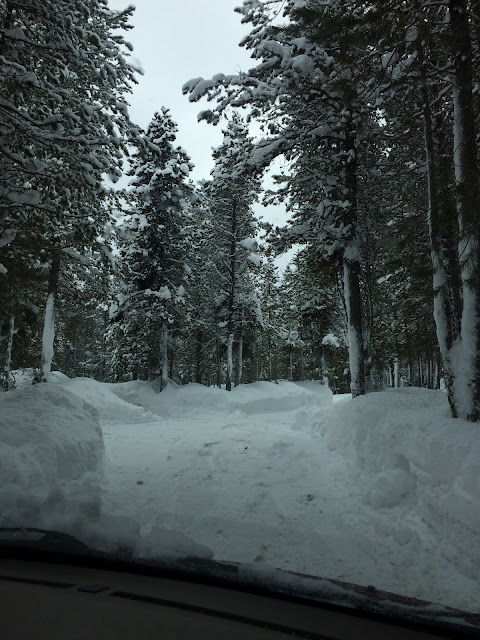 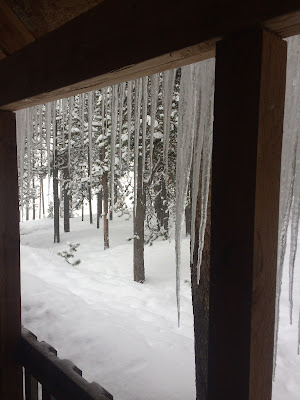 Chance made a killer sledding hill by shaping the snow on the hill next to the cabin by using his hands and a shovel.  He always takes care of us that way....making sure we have a proper place to sled. There was a jump in the middle of the sled run where one would get airborne for a bit before landing and sliding out onto the frozen lake.

There was also cross country skiing, and snow shoeing. Oh, and the hot tub. Even though the temperature was about 18 degrees Fahrenheit, Chance preferred being outside to the hot tub. He would go out first thing in the morning and then come in all covered with snow.

Chance also wanted to learn to cook tomato soup at the cabin. Chance's dad is a fabulous cook and he makes tomato soup from scratch. Chance said that he was always enjoying his dads cooking but he didn't know how to cook the meals himself and he wanted to change that. So Chance made tomato soup with his dad and I can tell you that it was absolutely delicious. The warm soup with fresh homemade French bread was just what we needed as we watched the snow fall outside.

We got about 3 feet of snow while we stayed at the cabin. We were hoping to get snowed in on the last day so that we would have to stay longer, but alas the snowplow man came through and dashed all of our hopes.


Even though the road outside the cabin had been plowed, there was still enough snow that it required us to use chains on the tires to get out.  Luckily, Chance is the outdoorsy sort so he got out and helped his dad put the chains on the tires in the cold and the snow.

Chance helped to take good care of all of us at the cabin by making sled hills, taking his siblings out to play when they wanted to go outside, making yummy soup and just being overall helpful. He makes a great traveling companion.