We have an annual tradition of going to the state fair. Each fall we head up one afternoon right after school and spend the evening enjoying the animals, rides and food. This year the kids found some new friends. 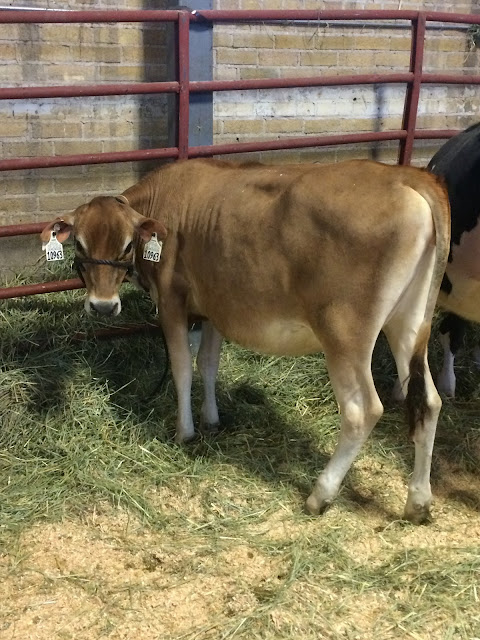 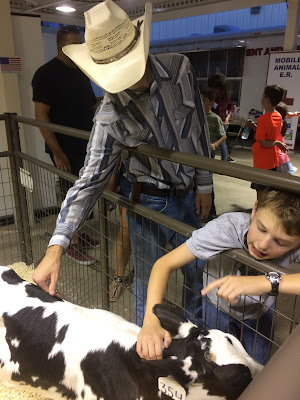 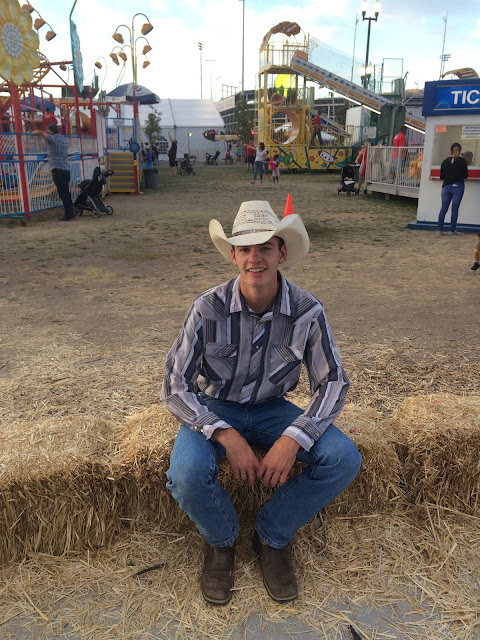 Chance also rode a mechanical bull for the first time at the fair this year.  As he climbed the platform to get on the "bull," we asked him if he wanted us to hold his implants while he rode. He immediately said "no."  They play music with a good beat as you ride a mechanical bull, so maybe it was good that Chance kept his implants on. Good motivation. Chance did really well riding that steel bull.  He stayed on for a while and tried to keep the cowboy stance as he rode....squeezing his legs onto the bull and holding his weight back with his hand in the air.  His legs were sore when he got off, but this ride was not his only ride. He will try it again.  And then probably again.
The implants stayed on like champs through out the ride too.
Overall, it was a successful day at the fair. And Chance fit right in with his cowboy hat.
Posted by Chance's Mom at 1:33 AM No comments:

While we were up watching the eclipse, we had lunch with some friends. These friends also had a four wheeler that they let Chance drive.  Chance has taken the test to drive the four wheeler but we don't have one of our own, so he doesn't get out much.

Chance's brothers and sisters all wanted a ride and so Chance made the sacrifice of going on several rides so that they all got a chance to go.

On the way home, Chance told us that we needed to get a four wheeler of our own. A few days before that, Chance told us that we needed to get a horse of our own. I am sensing a transportation theme. I told Chance that it could be just like the old days, when kids rode horses to school.  Chance thought that was a fabulous idea. It would be a hard endeavor logistically to use a horse to get to school because there are some main roads to travel that don't have a horse lane and there is no place to put a horse on the school grounds unless you count the grassy spots around the school.

But a boy can dream.