Captions in the Morning

This morning Chance and I were the first ones awake.  I came out into the living room to find Chance watching television. I sat down in the rocking chair and started watching along with him. It was only after a while when I had a question about a character in the show that I realized that Chance and I were watching the television in silence.  When I asked Chance my question, he didn't answer and I realized that he didn't yet have implants on. I had just sat down and started reading the subtitles like Chance does. I wasn't even thinking about the lack of sound. It was probably because it was first thing in the morning and I was still tired. I have to admit there was a certain peacefulness in not having sound first thing in the morning. I had to pay much closer attention to what I was watching and if I glanced away for even a moment, I missed what the characters were saying, but I have learned how to read the subtitles and take in the scenes on the television screen really fast. Living with Chance has helped to broaden my skill set.

Chance scores really high marks on reading abilities when he is tested in school. I think all of the caption reading he does has helped build up that skill!

The Girl Who Didn't Believe That Chance Is Deaf. 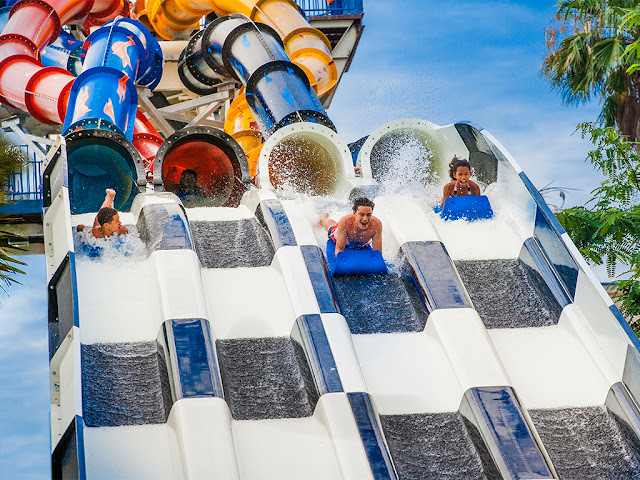 We had cousins come visit and we got to do some really fun stuff together.  We went to a water park in the area about three times last week to play in the water. Chance took off his implants, bypassing the need to track them in the rolling waves of the wave pool and while shooting down tubes with jetted water.

Chance and his cousin communicated just fine together using Chance's amazing lip reading skills. His cousin would tap Chance if he wanted to get his attention and then face him as he talked. The boys laughed and had fun all day long.

At one point during the day the boys  came to the top of a slide where a teenage girl, who was an employee at the water park, was giving instructions to people before they went down the slide. Chance's cousin explained that Chance was deaf, but that Chance would watch the girl as she spoke so he could see what she said. When Chance could figure out what she was saying, she looked skeptical. The boys came back to where the family had set up for the day laughing.

Chance's cousin said,"I don't think that girl believed us that Chance was deaf. We told her, but then Chance read her lips and she wasn't sure how to take it. She thought we were messing with her. "

Poor girl, two teenage boys inform you that one of them is deaf and then he figures out what you are saying and it looks fishy. She probably gets all kinds of slack from people all day.

It is weird for people to see how well Chance can read lips. He doesn't always get it right, but he is really good and throws people off when he tells them he is deaf. When Chance doesn't get it right, it can be really amusing.

So to the poor girl at the water park who is wondering if the boys were trying to mess with her head by telling her that one of them was deaf: He really is deaf, but I can see how you would be confused.

Schools out for summer!

The last few weeks have been very busy. We have had family come to stay with us which means that we get to be with cousins!

Perhaps the thing that everyone is most excited about is the fact that school is now officially over for the summer. Chance was working hard getting ready for finals the last few weeks of school and now he has his whole summer spread out before him.

Ammon has been ready for summer for weeks now and is glad to have endless days of sunshine. Mother Nature has been a bit finicky this year, so some days have been warm and sunny, and other days have been cool.

We did get our garden in this year and Ammon is eagerly waiting to see how our corn grows. We have had mixed results with corn through the years. Sometimes it grows really well and other times it kind of flops.  Last year was a great year for our corn.  Ammon used our secret weapon of bunny poop for fertilizer.  Ammon dutifully collects the waste in a bucket and we dry it out. Then he spreads it over our corn patch and garden. Another one of Ammon's favorites activities is growing pumpkins. Last year we got some really big ones that we used to decorate our porch and then carved faces and designs into them for Halloween. We have two varieties that we are testing this year. Last year we grew Big Max pumpkins and this year we have those again, along with Big Bonnie pumpkins. We will see who grows the bigger pumpkins, Max or Bonnie.

Chance had a good soccer season. His team did not make the finals which is always kind of a let down, but he felt he played well this year. He will start his summer league team soon. Chance can never get enough soccer.

Ammon is getting ready for tennis and swim lessons. 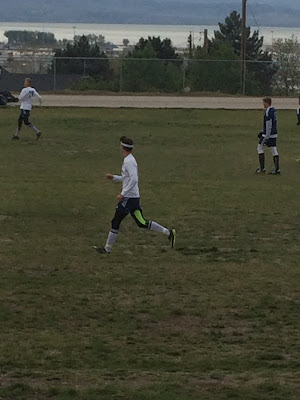 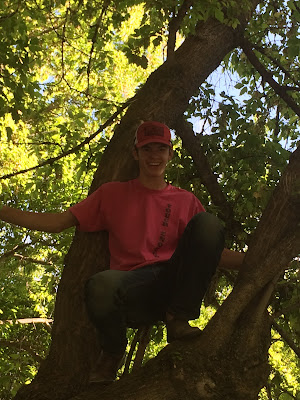