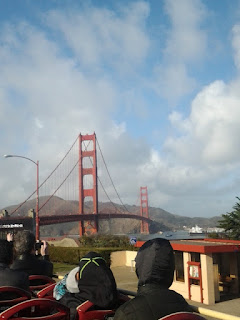 Chance just got back from a 5 day trip to San Francisco, California for school. He ate shrimp while he was there and he really liked it.  Shrimp.  This little ocean creature would not have been added to Chance's diet had he not stayed in Hawaii for 4 weeks during the summer where he gained an appreciation for seafood.

When Chance was about 10 years old we went on a family vacation to Southern California.  We wanted to give the kids an opportunity to try some seafood since we were by the ocean and they don't get much of a chance to eat seafood at home.  We ordered a pasta dish with shrimp at a restaurant and Chance's brother gave it a try and enjoyed the new flavor.  Chance gave it a try and we had an embarrassing moment where we thought Chance was going to throw up at our table.  We were gently telling him to spit the shrimp into his napkin and to take a drink of soda pop to get the taste out of his mouth before we had an incident. 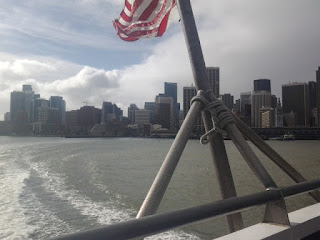 Chance's taste buds have matured, and they were further refined in Hawaii where he was exposed to several different foods including lots of seafood.  Chance has adapted to shrimp so well in fact, that he has asked us if we can add it to a Spanish dish that his dad regularly makes here at home called paella.  Paella traditionally has shrimp as an ingredient but we have left it off for many years now for the children.  Now, Chance and his brother as the oldest children are asking that we add shrimp into our diets.  Who could have guessed that would happen? 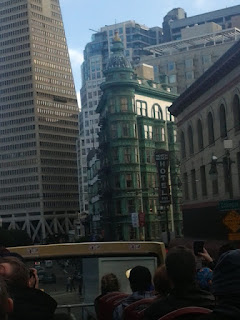 Chance had a fantastic time in San Francisco.  His brother and several of his best friends from school were able to travel together which made it even more exciting.  They all got to ride a train to California which was a 17 hour trip.  The boys did sleep a bit on the train, but there was also a lot of eating and playing card games with friends as well. Chance's younger brothers and sisters were quite jealous when we dropped the boys off at the train station.  It is not common here to travel by train to other states so this was a new experience for most of the kids headed to San Francisco. We have heard it was quite the experience and look forward to hearing more details in the days to come.

The boys were so enamored with the city that they neglected to take many photos with people in them. Chance didn't take one photo with him in it.  No selfies on this trip. 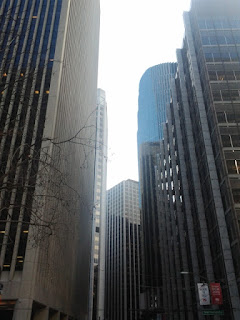 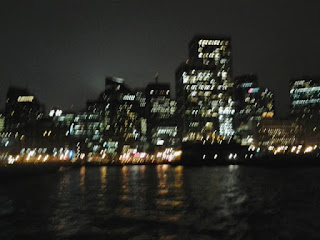 Chance has a style all his own

Chance's cousin got married over the holidays.  We spent the weekend with cousins, aunts and uncles celebrating with the happy couple.  Chance is close to this cousin and has enjoyed getting to know his new cousin-in-law :) 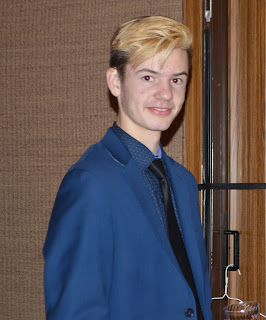 While sitting at a table during the wedding reception, one of Chance's married cousins made an interesting observation about Chance.  He watched Chance for a minute and then said that Chance reminded him of his brother who had an attitude about him that said he was his own person, had his own style and wasn't concerned with what other people thought about him. He also said that was cool that Chance was like that.

I thought that was an interesting observation about Chance.  Chance does have his own style and he is his own person. And I hope that Chance realizes that he doesn't have to worry about what other people think of him if he is true to himself and his values. He doesn't seem to be that concerned about what other people think.  Oh he wants to make sure that his hair is in place and he has opinions about clothes and what he thinks looks good.  There is so much pressure to be like everyone else and to follow the crowd. I am glad that Chance is comfortable in his own skin and doesn't feel like he has to please everyone else around him.  Due to the fact that he wears implants, people sometimes do a double take when they seem him out in public, just kind of checking out the implants or wondering what they are, but Chance doesn't seem to be phased at all by that fact and just goes on with his life being himself.

I think it is cool that Chance is like that too.