We saw the eclipse!

Like many other people across the world, we drove up to Idaho to see the eclipse.  There were other places to go besides Idaho of course, we actually could have stayed right where our house is and we would have seen the eclipse, but we wanted more. We wanted as much time of totality as possible, and we have family up north, so we loaded up the van and headed up the highway.

Our family has been looking forward to this eclipse for about two decades. We always knew that we would be in Idaho when it happened if it was at all possible.  I can not even explain how extraordinary the experience was. We had 2 minutes 10 seconds of totality and it was incredible. It started to get cooler as the moon moved in front of the sun, and I actually ended grabbing a sweater from the car. It also started to darken up, but it felt and looked a bit surreal. It was like dusk was coming and the sun was setting. The colors in the sky were the same you see in the evening as the sun starts to set except there was blue too. When the moon moved in front of the sun, it was simply incredible. It didn't just look incredible, it felt incredible.  My pictures from my phone don't even begin to so it justice, but frankly, my main concern was not getting a picture. I was busy being in awe and enjoying what was happening.
Chance and Ammon were so excited to be up in Idaho watching the eclipse with friends and family. 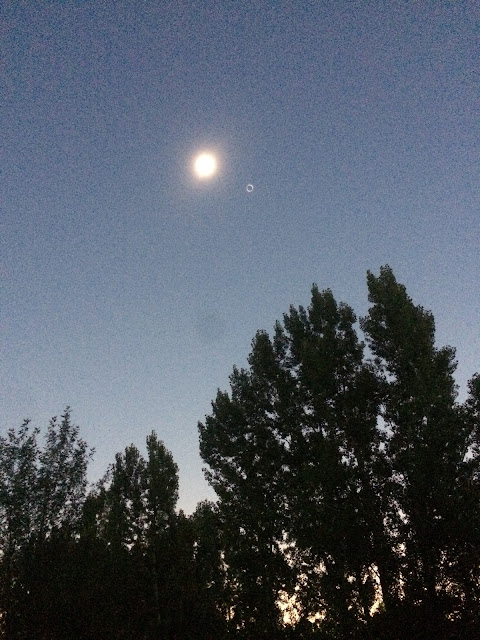 We traveled up two days before the actual eclipse to visit family and Chance took some pictures as we drove around the valley. It was his kind of place, farm fields, wide open spaces and a small population.

River noises and camping with a cowboy 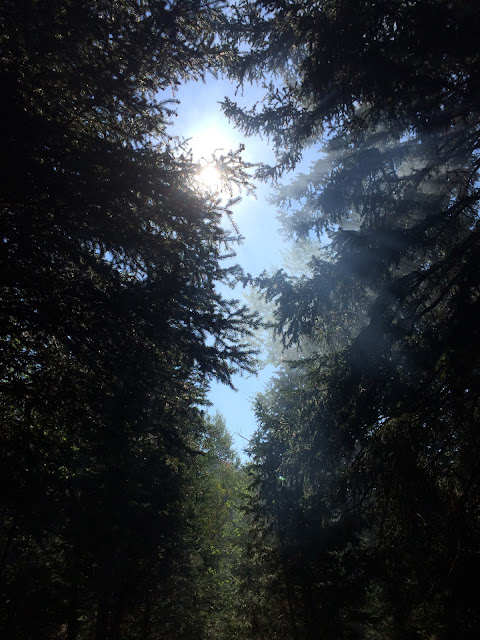 We decided to go camping more this summer.  We have decided that during summers of the past, but we really made it happen this summer. We bought a new tent and made reservations in advance so that we were really committed to go. It has been wonderful being in the mountains, listening to the mountain stream and being among the trees.

We cooked over an an open fire, made meals from scratch and just got to enjoy each other's company.  One afternoon when we had planned to go to the reservoir, it started to rain, so we ended up sitting in a circle in the tent playing games.

It was in the tent that I realized that what we thought of as a cheery gurgling sound coming from the river, was hindering Ammon's ability to hear in the tent. When he asked "what" several times, I asked him if his implant was working as well as usual. He said yes, but that the sound of the river was making it harder to hear.

The river wasn't actually right next to the tent, it was down at the bottom of a ravine that was behind our campsite. For those of us without hearing aids and implants, it was a background noise that came into focus every once in a while. Apparently, for Ammon, it was enough sound to hinder how well he heard in the tent.

Chance came up and joined us after work and found the hammock calling to him. He hung his cowboy hat on a branch, and climbed in for little rest. 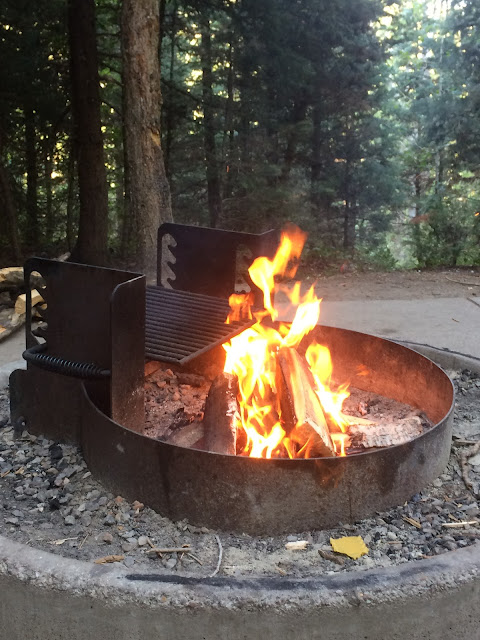